No really…I really did visit an insane asylum!

*I had the pleasure of visiting Northern Michigan as part of a press group. While my airfare and accommodations were provided, my stories and opinions are 100% my own.*

Dinner at an Insane Asylum

More specifically, I spent the evening at The Village at Grand Traverse Commons (The Commons is what the local folk call it). The Commons is one of the largest, historic preservation and adaptive reuse redevelopments in the country! It was previously known as the Traverse City State Hospital and before that it was the Northern Michigan Asylum. 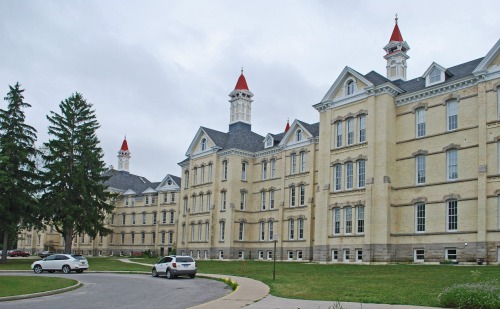 The hospital was established in 1881 because the demand for another psychiatric hospital had grown. In 1885, the hospital opened with only 43 residents. The residents were treated through kindness, comfort, pleasures, and beautiful flowers. They didn’t use restraints like the straitjacket. They did, however, believe in the “work is therapy” philosophy. So the asylum provided different opportunities for the patients to work and gain a sense of purpose in the following ways:

By doing the jobs above, it kept the asylum fully self-sufficient. Unfortunately, the law and mental health care changes brought on a decline of the asylum. And in 1989, the asylum closed and over 200 jobs were lost, which, as you can imagine, hurt the local economy.

As you can imagine, tearing down the old Traverse City State Hospital would have been a real shame. In 2000, the Minervini Group began negotiate with the Grand Traverse Commons Redevelopment Corporation and came to an agreement to renovate the buildings!! Different buildings on the site have been renovated and are now used for other things. For example, Left Foot Charley is a winery and tasting room that is in the old laundry facility for the state hospital.

I had the pleasure of doing a tasting at Left Foot Charley and I loved it! The atmosphere is nice and upbeat and their Cinnamon Girl hard cider is one that many talk about…I tasted it, but I am not a fan of cinnamon… 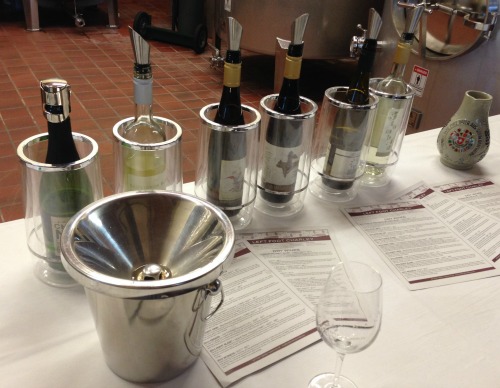 The Village at Grand Traverse Commons is now home to:

If you’re ever in Traverse City, you’ll have to check out the different events and attractions at The Village of Grand Traverse Commons. They have festivals, concerts, celebrations and so much more!

After our wine tasting, we had probably one of the best dinners I’ve ever had in my entire life at Pepe Nero. The restaurant is extremely cozy and intimate. When I checked out their website I read:

Boy isn’t that the truth! Like I said, my dinner was one of the best I’ve ever eaten. I had the Scaloppine Di Pollo Al Limone (yes…I ordered by pointing!). Basically, for those of you (like me) that have no clue what that is…it’s an organic chicken breast, prepared with extra virgin olive oil, capers and lemon. So good! 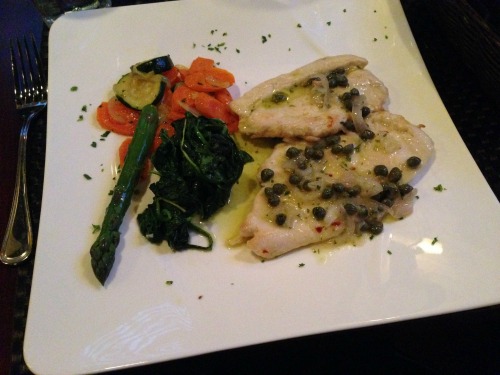 Their vision was to open a restaurant that resembles that you would find on the streets of Palermo, Italy. Now I’ve never been to Italy, but regardless of that, this restaurant is fabulous and one you should definitely spend and evening at. For your planning purposes, they are open Monday through Saturday and closed on Sunday.

Whether you visit Traverse City, Michigan for their fabulous food or wines, to relax, or to shop, The Village at Grand Traverse Commons should be one stop you make! Dinner at the insane asylum should be on that list!

Take-out date...in the car. It’s how we do thing

Love the @loopycases and I love this camo with the

Walking with hubby while he plays golf. . . . #gol

While his sister practiced her soccer stuff, he pr

Posting a little late, but the left is the first d