Temporal thermometers are relatively new for me. When I was pregnant with my son, I was given a digital thermometer. It came with directions on how to use it. You could either stick it under their tongue (not doable with an infant), under their arm or in their bottom. I remember praying like crazy that I never had to take his temperature using that last method. Thankfully my son was always very healthy so I never had to use the thermometer with him. As we had our second child and they got older, we picked up an ear thermometer and one that you place on your temple and hold it there until it beeps. Neither of those were ever very accurate. What I always wanted was the Exergen Temporal Artery Thermometer model tat 2000c. That was the one that the nurses used at urgent care. 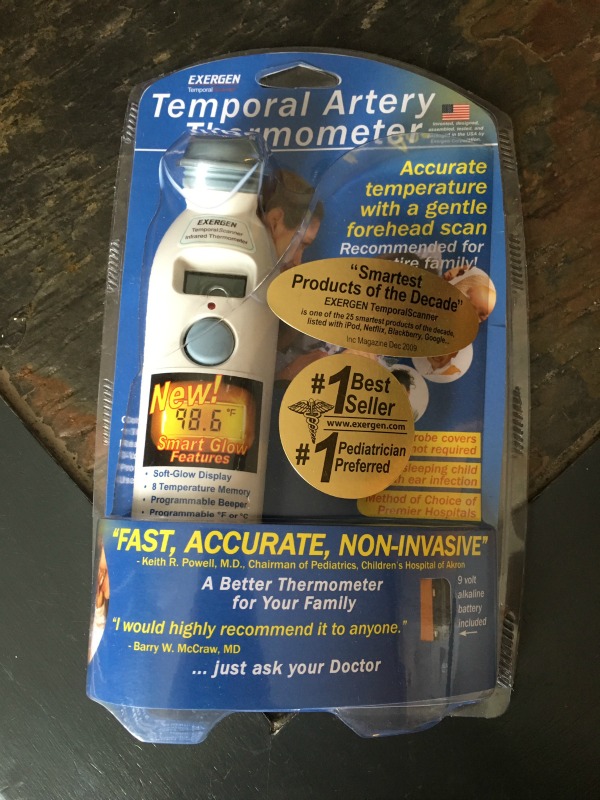 Any and every parent knows that when their child is sick, the first thing that happens…take their temperature. However, sometimes being sick makes kids really sleepy so the last thing you want to do is wake them up. That’s where the Exergen Temporal Thermometers come in handy! These non-invasive thermometers

I tried out the thermometer a few moments ago and I found it to be a pretty darn accurate temporal thermometer! 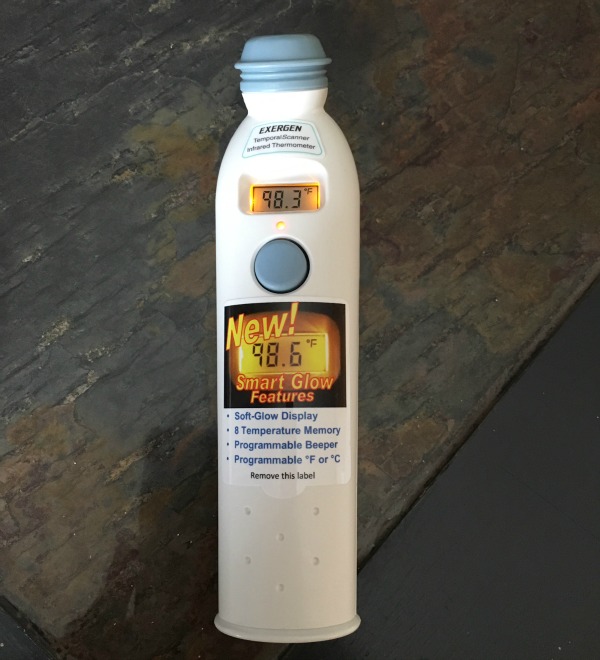 How did I know? Well, every time I go to the doctor and they take my temperature, my normal body temp when I am not sick is 98.2 or 98.3. As you can see in the image above, my temperature today was 98.3! I honestly don’t know how I lived all these years without this thermometer. This is the best temporal artery thermometer I’ve ever used! I’m thinking about picking up another one so I can have two temporal thermometers in the house…one upstairs and one downstairs. Last thing I want to do when my kids are sick is run up and down the stairs to get the one thermometer!