Have you ever known someone that has a Toyota? They are all about their cars. Once they buy one Toyota, they drive it into the ground and then buy another one. I know someone that JUST purchased a new car after driving her Toyota since we were in high school (I graduated in 1999…yes, we partied like it was 1999 and yes…that was our Prom song!).

Last week, I had the opportunity to drive the 2016 Toyota Camry XSE for a week. I can’t attest for other years, but the 2016 Toyota Camry was roomy in the backseat for the kids, had comfortable seats up front for the driver and passenger, and it got pretty decent gas mileage. One thing I really like about this vehicle was the trunk size. Given the room my kids had in the backseat, I would have thought the trunk would be a bit smaller, but my son plays lacrosse and his bag is ginormous. It fit, without a problem, in the trunk. 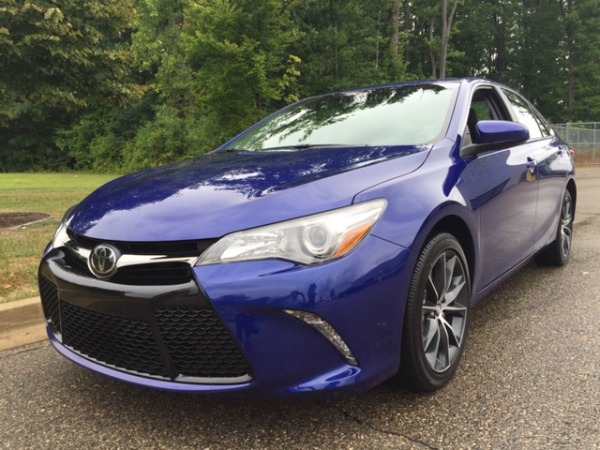 Like most people, safety is my number one priority when picking a car. The Toyota Camry XSE doesn’t disappoint in that department. Check out these ratings:

With 28 MPG combined city and highway, you save $1,000 in fuel costs over the course of 5 years (compared to the average vehicle). The manufacturer’s suggested retail price for the Toyota Camry XSE is $26,310. The particular vehicle I drove had the following optional equipment:

Let me tell you, I’ve never driven a car with the Dynamic Radar Cruise Control before, but I loved it! If you don’t know what it is, basically you put your cruise on like you would in any other car, but when you get too close to the car in front of you, your car will automatically slow down a tiny bit until you are maintaining a safe distance from the car in front. Pretty cool, huh?!? 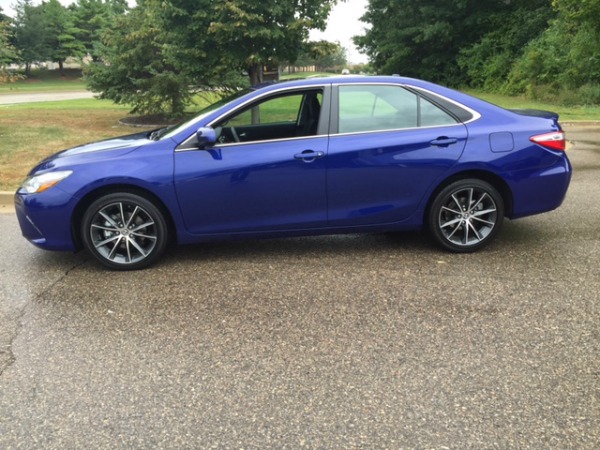 When you are looking for a new car, definitely check out the Toyota Camry XSE. I think you might just like what it has to offer! I know I did!