Are your kids flipping bottles and pretty much everything they get in their hands like mine are? My son is OBSESSED with bottle flipping. I will say, it does drive me completely nuts. Mainly because he does it at times that are not really a good time. For instance, we will be running late in the morning and my son will have a few minutes before he has to walk out the door for the bus. I will ask him to bring me his bottle of medicine. What does he do? He grabs it and starts flipping it and won’t hand it over until he has flipped it at least three times. That drives me crazy! If your kids are into this bottle flipping craze as much as mine are, then you will want to get the book, Flippin’ Awesome by Sarah Doughty! 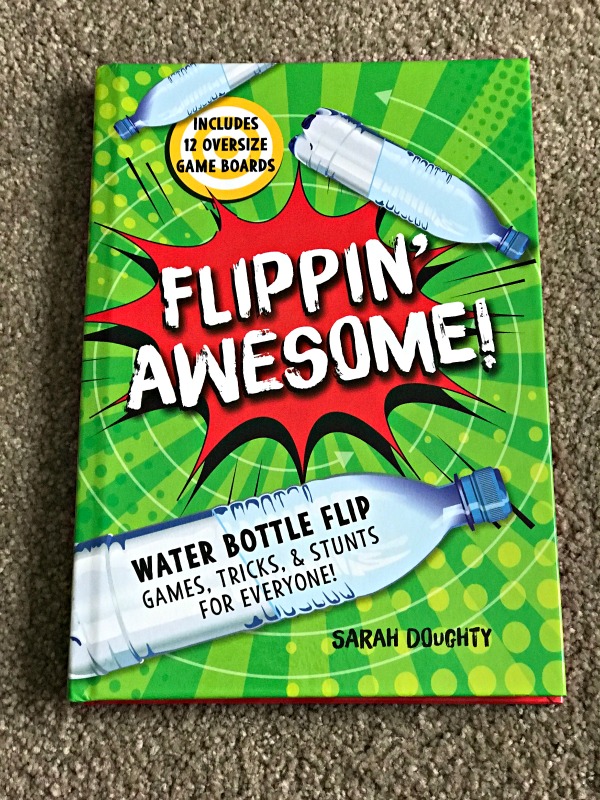 About the Bottle Flipping Craze

If you haven’t heard of the bottle flipping craze that has and still is sweeping the nation, then you’ve been living under a rock! It started in 2016 with people posting videos of them flipping full or partially full bottles of water on the internet. As you can imagine, middle school kids and really any age kid, across the nation began attempting the to flip anything they got their hands on. And I do have to admit, while it is pretty annoying to here bottles hitting the ground repeatedly, over and over and over again, it is rather addicting. Especially when I want to show up my kids!

With the Flippin’ Awesome

Sarah Doughty is a writer and game enthusiast with some flippin’ cool tricks up her sleeve. She lives in the Boston area on a small farm with some pretty flippin’ awesome goats.

Enjoying one last warm and sunny afternoon at Disn

She literally stared at me until I took a picture

I made these super amazing and delicious sugar coo

Just check out the sweet facility we will be spend

This cardinal has been a regular fixture in the bu